When I was a kid for some reason I thought Thanos was the baddest dude in the Marvel universe. I don't think I ever read any comics with him in it but I'm sure his trading card made out to be trouble. He reminds me a lot of Darkseid from DC comics but with enough chutzpah to wear primary colors, also I don't really know too much about Darkseid. 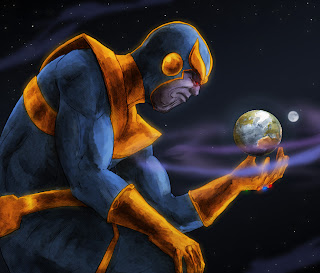 Thanos was born on Saturn's moon Titan. He was basically born with an evil gene and eventually was consumed with the idea of Death. I know there was a big to do about the infinity gems and making some super gauntlet. 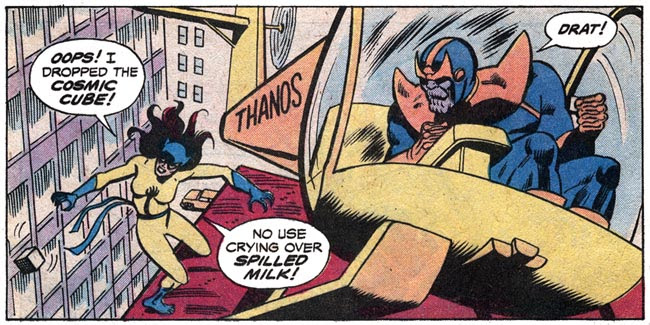