There was a time when I devoured everything Dragonball. It's weird seeing it still on tv and the new releases of videogames despite the fact that it's been over for around 15 years. 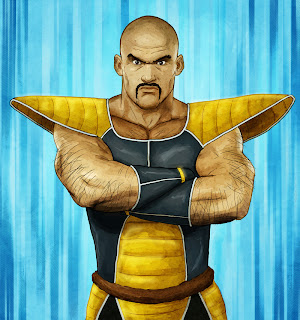 There are gonna be a whole bunch of random aliens who I have no idea who they are. Most are gonna be of the "fairly humanoid, face bumps, were on a show on the Sci-Fi network for a season and a half till it got canceled" variety. 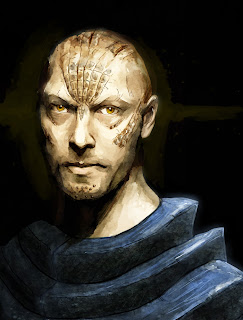 Like any upstanding geek, I have a soft spot for old arcade games. I think Pac-Man is my favorite but there are no aliens to be found in that game. 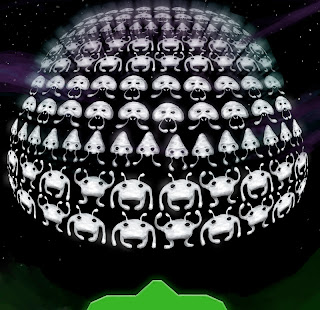 At least it was Cauterized

Mos Eisley (a wrenched hive of scum and villainy naturally) from Star Wars is gonna provided me with a huge amount of random aliens for this project, specifically the Cantina scene. One hard thing about this project is finding less known aliens. Luckily if a character shows up for even 5 seconds in a Star Wars movie there probably is a whole book based on them.

I've never seen the kids show "Ben10" but it seems like a fun enough program. I think the premise is that a kid finds a alien wristband thing that lets him turn into 10 different alien forms, each with it's own special ability. I'm  guessing he uses the power to fight other aliens, or maybe an evil organization like team Rocket? 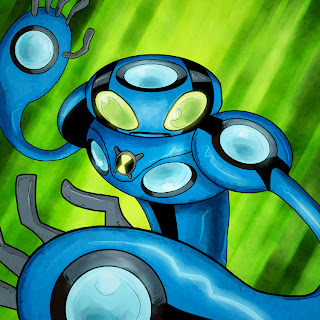 This is one of his forms EchoEcho, actually I guess it's his super form. Probably once they ran out of toys to make for the show each character got an super form so that there would be more toys to sell.

I really enjoy a good cooperative multiplayer videogame. The sad thing is they are pretty rare, even more so back in the days of the Sega Genesis. 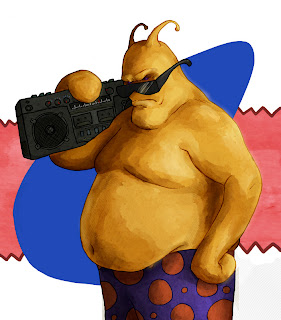 I have no idea how much time I sunk into Toejam & Earl when I was a kid. The premise was that two street smart aliens from the planet Funkotron crash their ship on Earth. It's up to you and a friend to collect all the missing parts of the ship while collecting powerups and avoiding all the dangerous earthlings.

Email ThisBlogThis!Share to TwitterShare to FacebookShare to Pinterest
tags: boombox, funkotron, sega, toejam and earl, toejam is a weiner

I just re-watched a couple of Sailor Moon episodes while working on this piece. It's been ages since I've seen that show and had completely forgotten about these baddies. 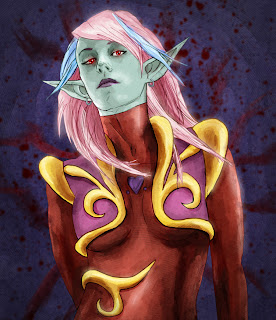 Ann and her brother Ail (put 'em together and it sounds like Alien) are the last of their race. The two went undercover as human siblings on Earth where they have an evil tree that steals energy. No matter who the enemies in Sailor Moon were it seemed like they always wanted to steal energy, either from a kooky computer programs or evil gyms.