Don't Blame me, I voted for Kodos

I'm one of those people who used to always watch the Simpson's. Having seen each episode dozens of times. Eventually the quality of the show started to wane and it's been a few years since I've seen the show. Despite it's flaws it had some of the best laughs in television. 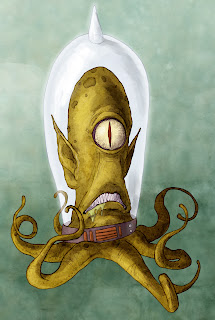 Kang and Kodos are aliens from the Simpsons who've appeared in every single Treehouse of Horror Halloween episodes.
Here's a great clip from when the two disguised themselves as Bob Dole and Bill Clinton in an attempt to take over the country.