It eats you Alive

Alien invasion movies made these days are often about explosions and giant hovering ships. Back in the day a weird creature would wind up on Earth accidentally and start causing mild trouble much to the chagrin of the local teens and disbelieving law enforcement. 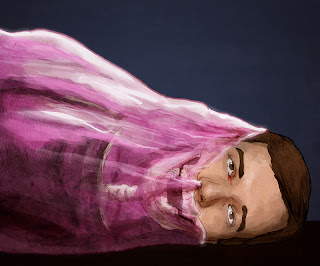 The Blob is an alien organism that crashes to earth in a meteorite. It's kind of like an amoeba, just creeping along devouring everything in it's path. I think I like the 80's remake the most, it was just a little cheesier and packed with great Blob kills. Never saw Son of Blob though, it looks like it would be pretty bad/good.
at 3:32 PM

Email ThisBlogThis!Share to TwitterShare to FacebookShare to Pinterest
tags: blob, son of blob, you got blobbed