Lafayette Ron Hubbard is the creator of plenty of silly things but Battlefield Earth may be one of the worst. In the movie a race of aliens called the Cyclos that have taken over Earth.  But then they are overthrown by a plucky group of human slaves led by Johnnie Goodboy Tyler, a human made kinda smart by the Cyclos. 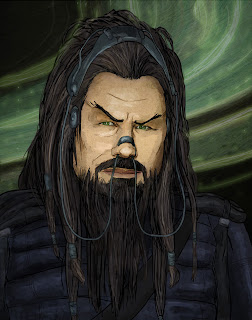 Terl is one of the bungling hobo men who are up to no good on earth. He's trying to use humans to steal gold so he can get a new space job off Earth.


Enjoy a small rifftrax of a scene where Terl and Terr are bickering about being blackmailed.
at 7:41 PM